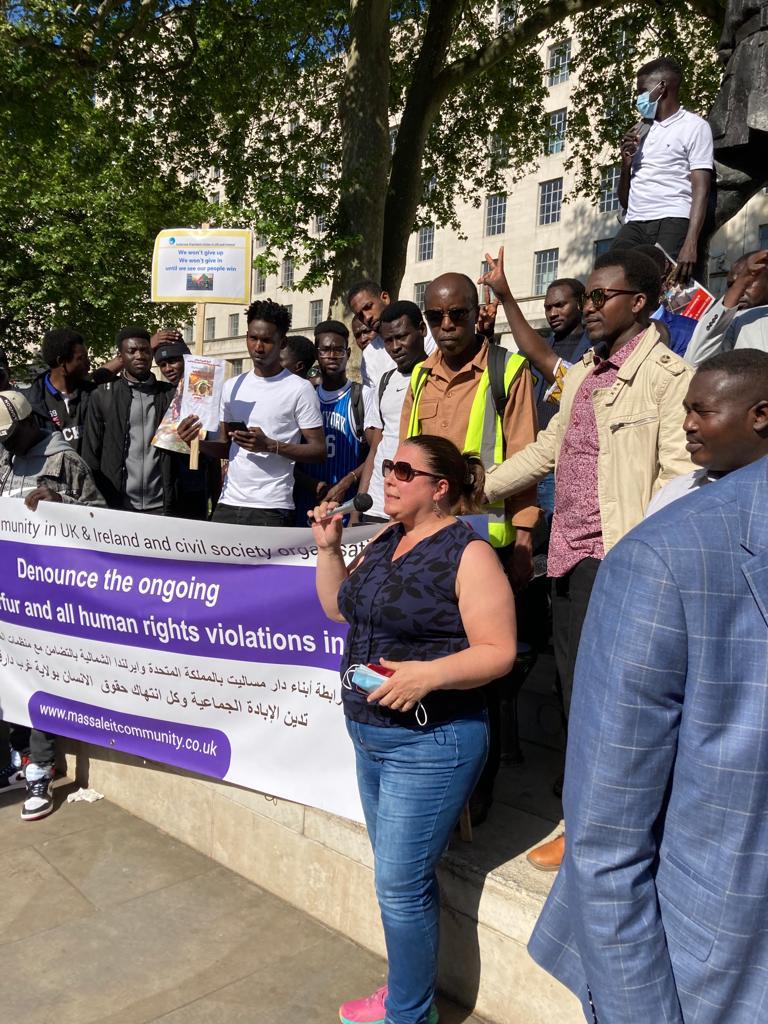 Does ‘sorry’ make it better?

By AgilityWebMay 17, 2022Uncategorized
No Comments

What is the use of apologies offered decades or centuries after an injustice has wrecked lives? Who does it help when Britain apologises for the Irish potato famine? Or when Canada expresses regret for the suffering endured by First Nation children who were taken from their families and sent to brutal boarding schools?

Sorry might not make it better, but survivors of injustice often say it is important to have official acknowledgment that they have suffered a wrong. For this reason, Waging Peace works with the Holocaust Memorial Day Trust, the Wiener Holocaust Library and the Imperial War Museum, making sure Sudanese voices are heard and their experiences are recognised.

For decades, Sudanese have endured horrific brutality at the hands of the Khartoum regime and its proxy agents, most recently there were brutal attacks near Kreinik in West Darfur which killed many hundreds. This event caused the Massaleit tribe and other Sudanese communities to come out in force this weekend, organising a protest in front of Downing Street in London to ensure their voices were heard about the appalling violence.

When a person’s account of events is accepted as credible, they feel less isolated and vulnerable. However, when they are doubted, the pain is profound and traumatising.

Certainly, it is painful to relive events by giving testimony, but it is even more painful when a genocide is denied, forgotten or minimised. Just ask any Jewish person who has encountered the ignorant bigotry of Holocaust denial.

We met Fatima (her name has been changed for her safety) when she arrived in the UK as a refugee. She had been detained in Sudan, tortured and raped by the security services there. She also witnessed the murder of her closest family. Although she was relieved to reach safety in Britain, the immigration detention centre where she was held was hardly welcoming. It reminded her of the Sudanese jail where she had been imprisoned, inducing unwelcome flashbacks.

Fatima was determined to build a new life, however, and we supported her as she regained her qualifications, got a computer and a home. She began attending our Sudanese women’s group in her local city and was granted refugee status. She was also invited to attend a reception for genocide survivors hosted by HRH the Prince of Wales. That’s quite a journey, from a stinking cell in Khartoum to St James’s Palace in London.

Waging Peace is also committed to preserving, documenting, and memorialising evidence of the Darfur genocide. The children’s drawings we collected from the refugee camps in neighbouring Chad have been exhibited around the world and are now kept at the Wiener Holocaust Library. A copy of the drawings has been accepted as evidence of the context of genocide by the International Criminal Court in The Hague. We hope that one day those disturbing pictures will play a role in holding to account the architects of the ethnic cleansing and violence in Darfur. We are keenly watching the trial of former Janjaweed leader Ali Kushayb on 31 charges of war crimes and crimes against humanity in relation to Darfur, which began on 5 April.

We also collected a remarkable document in the camps, signed by 60,000 survivors. It is far more than a petition, because many signatories describe their experiences, painstakingly writing down the details of terrifying attacks by Sudanese soldiers and their proxies (who are back in power in Khartoum). As we write, we are in the process of having this digitised, translated, and properly stored, a colossal undertaking that has already taken several months, and the work of committed individuals from the Sudanese community.

We need your help so Waging Peace can support refugees as they struggle to prove that their testimony is authentic, and to secure justice wherever and whenever we can. Please click here to help us continue this work. Thank you.